It’s Thursday, December 14th, and that means two things for most of us. First, if you haven’t finished your holiday shopping, you can almost guarantee you will be stopping somewhere for something you forgot on Christmas Eve, and second, it’s the day our Federal Communications Commission votes on a little thing called “net neutrality”.

What is net neutrality? Well, to make a long story short, net neutrality is basically a set of rules that allows the internet to be a level playing field for all who use it. The rules ban telecommunication companies from blocking or slowing down websites and apps, and prohibits broadband providers from striking deals that give priority to certain websites and apps. As it currently stands, your internet provider is not allowed to give priority to, or charge you extra for, a website like ESPN.com over a small blog that is put out from a Pennsylvania basement by a guy named Lou.

The rules of net neutrality were put in place in 2015, meaning that they come from the Obama administration. That, like numerous other matters, makes them the target of the current administration. With the FCC under republican control, and expected to vote along party lines, the only rule that may be left standing after today is that cable and telecom companies will have to disclose to their users what they do to the web traffic. 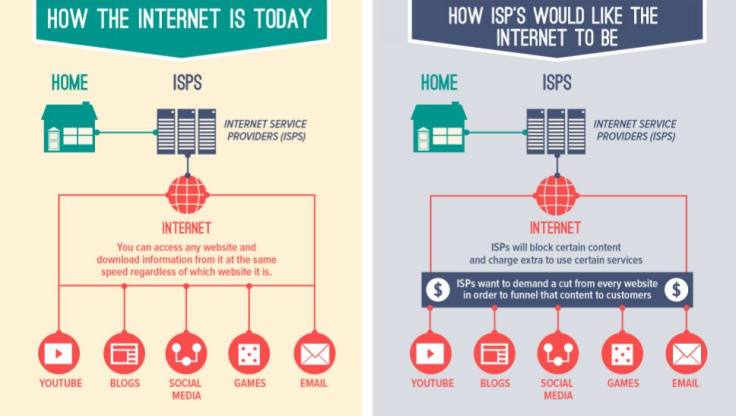 While the FCC has tried to make net neutrality look like government micromanagement, repealing the law is nothing more than a direct assault on the little guy. This is not a conservative/liberal battle, this is regular people like you and me, the people that this Trump administration promised to help, against mega media corporations. The only people who benefit from anything like this are the billionaires who own these big corporations.

Don’t let any politician tell you this is a good idea, or paint this as a liberal agenda for government to meddle in business. Net neutrality is about all Americans. This is a direct assault on free speech, as removing these laws could possibly limit voices. Imagine being a conservative who has to pay extra to watch Fox News, or a liberal who is denied CNN. That is definitely simplifying the situation, but don’t think that can’t happen.

My Tweets
Join 1,190 other followers